Botdoc was just selected as part of the latest round of Fintech companies to join batch #8 of Plug and Play startups in Silicon Valley.  Plug and Play is one of the top startup accelerators in the country (Forbes), and was chosen by 40+ corporate partners in a selection of 32 different fintech companies to be selected be be a part of the latest batch.

“We are honored to be included in Plug and Plays latest batch of Fintech companies” said Tracy Fox, Botdoc’s Director of Business Development and Sales.  “Plug and Play is an incredible environment that pairs new technology with large corporations looking for innovation, and its a ripe environment for companies and startups to come together.” said Tracy.

Botdoc had just graduated from Plug an Play’s newest vertical “Cyber Security” and did very well.  So well infact they wanted them back to provide their financial corporate partners with additional security as part of the Fintech batch.

Plug and Play Director of Cyber Security, Nate Hinman stated “Botdoc is a complex but simplistic technology that fits into many industries and glad to have them back as part of Fintech to help our corporate partners be more secure”  Cyber security is a focus that affects every industry and easily relateable to other Plug and Play verticals and corporate partners.

“With Botdoc as a new concept and paradigm shift in the way of thinking for many corporations most are not asking for our tech, but every company we talk with now realizes how much they need it”, says Botdoc CEO Karl Falk.  He goes on to further state “Its important for us to get the word out and Plug and Play helps us do that.”

plug and play, secure digital transport as a service, Security, sending versus sharing

kfalkhttp://www.botdoc.io
Founder and CEO at Botdoc 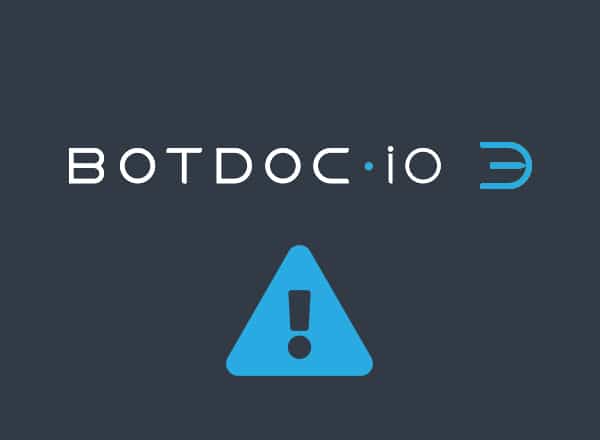 December 1, 2017
Maintenance, Security
On Saturday, Dec 2 at 1am MST there will be scheduled down time to perform major upgrades to BotDoc.  We…
AnnouncementSecurity Updates and Alerts

November 20, 2018
Maintenance, Security
On Friday, November 23rd at  9pm EST there will be scheduled down time to perform upgrades to Botdoc. We anticipate this planned outage will…
Security Updates and Alerts

August 27, 2017
Maintenance, Security
On Sunday, August 27th at 1am MST there will be scheduled down time to perform major upgrades to BotDoc. We anticipate this planned outage…